I have long wondered if we could create a scale of hardness for science fiction comparable to the Mohs Hardness Scale for rocks and minerals. Here is my first stab at it. I welcome your comments on how to improve upon this first iteration.

The Measure of Hardness in Science Fiction, MOHS-F for short, is a new method for measuring the hardness of science fiction stories. The scale ranges from 1 to 10, with 10 being the hardest and closest to non-fiction and 1 being the softest and closest to fantasy. Here is a proposed MOHS-F scale, with selected well-known works as benchmarks for each number:

It is important to note that this scale is somewhat subjective, although I hope we can develop some good guidelines over time to determine the level of hardness a book represents. Also, many books can be considered for each level; it’s not a definitive list, but it’s a good starting point. One final note: books (or movies or short stories) can be rated in between these works using decimals. For example, I would rank my first book, “Enemy Immortal,” a little softer than “Ringworld” but definitely harder than “The Three-Body Problem,” so it might be scored at 6.8.

I hope the MOHS-F scale can become a useful tool for evaluating the hardness of science fiction stories. It can be used to compare different works of science fiction and to identify the relative level of scientific rigor and realism in a given story. I encourage readers to try it an share their thoughts and suggestions for improving it. 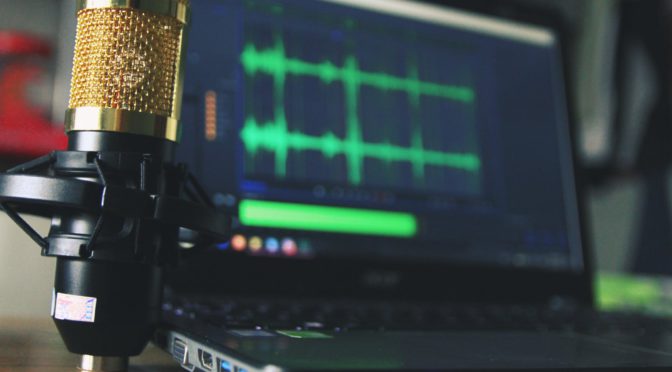 Becoming a narrator was an easy decision for me, but I naively didn’t realize there was a lot more to the process than just reading a book out loud. Unfortunately, like many other narrators have done before me, I learned the hard way.

Amazingly, I got picked up for a short book for a Royalty Share payment…meaning I get paid nothing unless the book sells. It was ok, however, because I needed the experience. I plugged in my USB microphone and began to record the manuscript on my Digital Audio Workstation (DAW), graciously provided free of cost by my MacBook (GarageBand).

I had too much noise, breathed way too much, read way too fast, couldn’t meet ACX sound specifications, and had no way to keep my character voices straight. It took me about 48 hours to finish this 4-hour book (the standard is half of that time maximum), but keep in mind that time was accomplished while working about one to two hours a day on the project because I have a full-time job as well. This was way, way too time-consuming.  Generally, the time of a book’s per finished hour (PFH) is based on 9,000 words read per hour, and one finished hour should take about 6 total hours to produce for a beginner. I was nowhere close to that time. I was ready to quit.

Instead of quitting, I realized I should have reached out for coaching and training prior to pressing record on that first audition. I joined a Facebook group for narrators and learned very quickly how and where I screwed up. I began following the generous and plentiful advice provided by the experts, reached out for a coach, and I extended my research to narrator-specific training. The lessons learned thereafter led me to begin making investments in what would soon be a very rewarding secondary career.

I began auditioning for my second project, and I was picked up after only three auditions. Bonus: the book was part of a series, and the author wanted me to read both books, with the potential for books three and four. Winning! I read these books and saw improvements in my productions. By the time I finished my fourth book (Hop on the Bus, by Jason Caldwell), my coach said that he could teach me no more and released me to work on my own. I headed back to ACX for more auditions.

I auditioned for 62 projects and was rejected 54 times. I messaged my coach. He told me this was normal and to keep going. He listened to my auditions and said the auditions were great. I received 6 notifications during the process from the Rights Holder (RH) (either the publisher or the author), letting me know I made their shortlist (a place of hopes and dreams…the top 10 or so). Two of those made me an offer, and one of those offers I accepted.

The author of the epic sci-fi action-drama Enemy Immortal, Jim Meeks-Johnson, put me through a grueling trial period in which I had to get his approval on a 15-minute sample. This is the part we worked on getting his major characters just right, and I’m glad he was so particular about the way things sounded. Trust me, his feedback was crucial to making the entire production sound great (which of course is what I want as well because this helps me as well as him in this partnership we have formed).

We reached agreement, and I began the production process.

In this case, thankfully, I nailed Enemy Immortal, and Jim was quick to offer me book two, Umlac’s Legacy (in production now). But don’t just take my word for it. Head to your local audiobook app and look for Enemy Immortal, download, buckle up, and enjoy the ride! 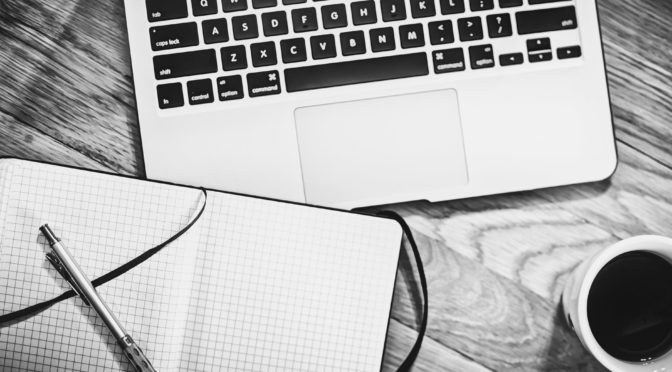 It was three years since the publication of Enemy Immortal, and I had not seriously considered making an audiobook because my research in 2019 showed that making audiobooks cost two to four thousand dollars and up. That changed in early 2022 when I heard a podcast from The Writing Coach about a zero-cost way to make an audiobook. The answer was ACX, where you can publish an audiobook on Audible, Amazon, and Apple for zero cost by giving half the royalties to the narrator.

You can do this—however, it may not be the best option for you. But I’m getting ahead of my story.

I put my book up for auditions on the ACX website. I had to provide a list of chapters, genre, blurb, payment options and price range, desired narrator characteristics such as gender and accent, and a sample of the book for the narrator to read. In my case, I posted a three-page audition text of selected passages to show multiple characters, including some alien species.

That was enough to start auditions rolling in, but I also browsed samples by narrators and solicited auditions from several low-to-medium-cost narrators who perform science fiction and whose voice and style I liked.

This brings me back to payment options. For zero down and 50% royalties, I would get a first-time narrator who is trying to build their portfolio. The auditions showed these folks still had a few rough edges in their performance. However, for a superior performance by an established narrator with a following of their own, I’d have to pay $200-$400 PFH (Per Finished Hour—part of the new lingo I learned). For a twelve-hour book like mine, that’s the $2,000-$4,000 price range, which was above my budget.

Fortunately, there is a middle ground for up-and-coming narrators with experience, but still learning. (Sort of like my cohort of up-and-coming writers!) I found a moderately experienced narrator I loved (A. C. Oliver) who would work for a modest PFH payment up front plus half the royalties. The extra expense is worth it to me because I want to project a quality image for my author brand, and A. C Oliver’s renditions of alien voices are phenomenal.

I made an offer. Offer accepted. Now the production process began.

First, I sent the narrator a longer (15-minute) sample text with more alien dialog. After a couple of iterations, we agreed on character voices that I thought projected the right personality and attitude of each character.

Next, he performed each chapter, and I did something akin to line editing whereby I listened carefully for mispronounced or dropped words. He made a few minor corrections, and we had the finished product.

Meanwhile, I had to upload a square audiobook cover—like for a CD. I knew enough Photoshop to do this myself from the source file for the book covers, so no problem—except that when I tried to upload the jpeg, ACX had an additional requirement. They wanted me to leave the lower right-hand corner devoid of text so they could slap on an advertising promo if they so desired. Rearranging the text to meet this requirement was actually the hardest part of making the audiobook cover since the cover needed to look balanced with or without the ACX promo, but I managed.

I gave the final approval and paid the narrator. AXC did a quality review and then published our new audiobook on Audible, Amazon, and Apple. Whoo hoo!

But, as with any book publication, the job is not done yet—time to market and promote.

One useful thing from ACX is that they provide you with free promo codes to give away to reviewers or as freebies in marketing campaigns.

Another great thing about audiobooks is that the narrator will (ideally) do his/her own marketing, reaching channels you might not otherwise.

In the end, I was happy with the audiobook creation process for Enemy Immortal, and I am already working with A. C Oliver on the narration of Umlac’s Legacy. Look for our next audiobook release at the end of August!

Recently, I was a beta user for Unblocked.ai, a writing aid that uses the CPT3 open AI interface to write fiction based on a sample you feed it. In other words, it writes the next paragraph for you. Sort of. Read on.

Not knowing what to expect, I first tried using the tool to write a complete short story on its own. Mega failure. The text meandered around randomly–the AI did not understand plot. Writers are in no danger of being replaced by AI.

But in all fairness, that’s not it’s advertised use. I was in the early stages of writing of Vishnar’s Revenge at the time, and I felt rather insecure in writing romantic relationship scenes, so I used the AI to help find my way through.

What worked best was to get three or four possible continuations of a scene from the AI. Then I picked the one that fit the plot and characters the best and edited in the specifics my book called for. For example, the AI might say “Captain Zernox interrupted with a message from the White Mages,” and I might edit it to “Zephyr interrupted with a message from Hoargrim.”

I will say that the AI has the appearance of a good general knowledge of common fiction tropes and general knowledge. For example, it pleasantly surprised me when it returned a cogent explanation of dark matter.

But frequently it supplied certain tropes that I avoid, like magically sensing and controlling things by thoughts or telepathic contact. I wish I could give it some world-building facts so it didn’t include everything from however many millions of books it trained on.

That said, there are plans to have the AI be more genre-specific, which might keep some elements of fantasy out of my science fiction.

So get ready. A new type of tool is coming to the writing toolbox. We can add AI-written paragraphs to grammar and spell checkers.

But if you hate the auto-complete function in your email, which “predicts” what you will say based on probabilities in a few million emails, this AI might not be for you.

That said, unblocked.ai delivered on its promise of getting this writer unblocked several times and I will be sure to subscribe when it comes out of beta. This website is still in closed beta, but one way or another, I expect this genre of software to be in common use soon.