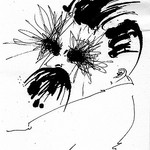 I was reminded by a couple recent articles that mental illness, specifically psychosis and depression, must have significant survival value, or surely evolution would have rooted it out long ago. After all, these conditions often lead to risky behavior or suicide. Where’s the value in that?

The articles that caught my eye were:

Tributes to the “Beautiful Mind” of John Nash,  such as this one by   Rachael Rettner at LiveScience.com

which reminds us that psychosis, or “thinking outside the box”, has both good and bad sides.

which highlights the (to me) more surprising association of depression with successful entrepreneurship. One mechanism that could explain this association is that depression results from or in an increased sensitivity to the needs of others, which entrepreneurs then proceed to do something about.